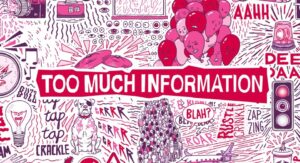 As a business consultant in a rural border town community I interact with a variety of people on a daily basis. Over the years I’ve observed a few social tendencies differentiating rural and urban upbringings and how they could affect how the different economies of Michigan relate (or don’t relate) to each other.

My North Side Chicago roots in the early-mid 80s enabled me to interact with a fantastic mix of ethnic groups, allowed me to experience and navigate public transportation and be cognizant and hyper-aware of my surroundings in a sensory-overload environment. While on a recent vacation visiting my sister in Brooklyn, I was keenly jolted back to “running on high” for extended periods of time and this made me think about how the urban environment, with all of its trappings, has shaped my perception of business development and attraction in rural areas.

Living in an urban setting allows you to put up with annoyances that one may not encounter in a rural setting. For example, in the city you walk everywhere. We put in over 31,000 steps one day in Manhattan, walking around. Most people do not have cars due to the overload roadways and narrow streets. In rural areas, people are annoyed if they can’t pull their car right up to the front door of a downtown shop. On the subway, we got on a metro car that was thick with the stinging pungent smell of urine—annoying enough to switch cars at the next stop—An annoyance unrelatable to the rural populace.

Urbanites are exposed to excessive movement, lights, smells, sounds from the time they walk out their door. This fact alone makes one think at a faster pace, think about things like special variances with strangers, and anticipating and assessing changes in the environment on a continuous basis. As a hypothesis, would this environment have an impact on the speed of how other thoughts are processed?

Fundamentally, I think it’s no surprise that if you are in the business of business attraction, you have to act, sound and think like those you are trying to attract—at least in the initial stages. Similar to dating, everyone puts on a good act until the relationship fully develops and hopefully by then, you will have built up enough tolerance and grace for the little things that are annoying.

I have been an advocate for this method of rural business attraction and, as a rural transplant, locals who have not been exposed to urban life for any period of time, cannot relate. I find that entrepreneurs and business owners who have “left town” and come back have a quicker pivot in economic changes and business cycles. Since there are many similarities on entrepreneurship and business attraction and economic development, I believe it would behoove rural economic developers to at least give this hypothesis a whirl.

Last week in my article “Michigan & Urban Diffusion” I advocated for the diversification of large companies in urban areas to set up shop in rural northern Michigan. Could it be that the cultural differences are a barrier of entry? Is it that urban business owners don’t want to deal with “small-town” politics, nepotism, cronyism or any other “-ism”. Surly, the environment is the same all over, but perhaps just a little to concentrated in lower populated areas? Are there other barriers?