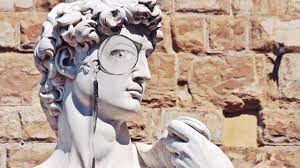 Why Attitude Is More Important Than IQ

In the tech era the presumption has been that intelligence beats every other human attribute. Revenge of the Nerds has been the emblematic symbol of success.

But as the following article explains, research is beginning to suggest that intelligence is more of an advantage when things are going well than when they are not. It is very good at keeping us out of trouble, but not necessarily as beneficial when we find ourselves already under it and more primal or emotional attributes are required.Failure is useful because it gives us good information on what not to do the next time. How we use that knowledge in order to improve and then evince the fortitude to do so may well be more of a determinant of future achievements, especially in an economy in which competition has redefined the likelihood and nature of success. JL

Source: The Low-Down: Why Attitude Is More Important Than IQ