Menu
Home > Leadership & Managment > What if you could replace performance evaluations with four simple questions? – The Washington Post
Tweet 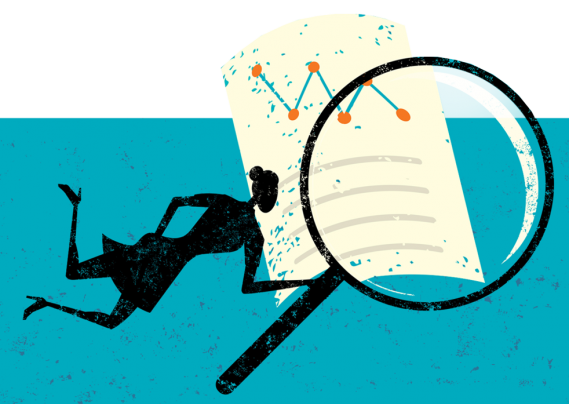 Everyone loves to hate performance evaluations, and with good reason: Research has shown them to be ineffective, unreliable and unsatisfactory for seemingly everyone involved. They consume way too much time, leave most workers deflated and feel increasingly out of step with reality. A once-a-year, backwards-looking conversation with the boss hardly fits our forward-looking, instantly updated world. Yet despite all that frustration, many companies do little to change them, thinking there are few alternatives.

That hasn’t been the case at Deloitte. The new issue of the Harvard Business Review, released Tuesday, unveils a detailed look at the professional services firm’s total redesign of its performance management program. It’s an overhaul the company first started rolling out nine months ago.

Deloitte’s new approach, which it has piloted among roughly 10 percent of employees so far, would do away with “cascading objectives,” those nonsensical attempts to create similar goals for everyone in the organization. It would also ditch laborious 360-degree reviews, in which everyone from managers to peers to underlings weigh in on one person’s performance. And after realizing the company was spending 2 million collective hours each year assigning numerical ratings to each employee, it looked to get rid of those, too.

Given that Deloitte advises many of the world’s biggest companies, one can only hope the internal move will have a domino effect across many more workplaces.

In a lament that will resonate with cubicle dwellers everywhere, the report’s authors wrote: “it’s not the particular number we assign to a person that’s the problem; rather, it’s the fact that there is a single number. … we want our organizations to know us, and we want to know ourselves at work, and that can’t be compressed into a single number.”

The most interesting part of the report, however, may not be that the company has begun to do away with an annual rating or forced rankings — other companies have ditched those — but that Deloitte is replacing an old system with some interesting new questions they’re asking managers to consider instead.

The article, written by Ashley Goodall, director of leader development at Deloitte Services, and Marcus Buckingham, an adviser who worked on the redesign, cites research that Deloitte examined as part of its study. The data revealed how ratings tend to say more about the perceptions of the person doing the evaluating than about the actual performance of the person being evaluated.

As a result, Deloitte wanted to do two main things to simplify the process. It sought to stop asking so many people to weigh in on each employee’s performance, instead asking only the team leader for input. Then, it rewrote the evaluation questions, nixing the standard assessment of a person’s skills (or “competencies,” in corporate parlance).

Now, at the end of every project, or once a quarter if employees have long-term assignments, managers would answer four simple questions — and only four. The first two are answered on a five-point scale, from “strongly agree” to “strongly disagree;” the second two have yes or no options:

1. Given what I know of this person’s performance, and if it were my money, I would award this person the highest possible compensation increase and bonus.

2. Given what I know of this person’s performance, I would always want him or her on my team.

3. This person is at risk for low performance.

4. This person is ready for promotion today.

The HBR report says Deloitte hasn’t resolved how it will share the data with employees. It initially kept such information private but is testing and asking itself how much data it can share. Regardless, this is still a big shift away from asking managers to evaluate people on a battery of skills, or grade them on long-forgotten accomplishments from the past year. The new approach focuses, alternatively, on how to develop employees in the future given their current performance.

As the article notes, it’s an attempt to switch from “talking about the ratings to talking about our people.” And that, of course, is what a performance review should really be about, right?

Jena McGregor writes a daily column analyzing leadership in the news for the Washington Post’s On Leadership section.

Source: What if you could replace performance evaluations with four simple questions? – The Washington Post